Kajabi Acquires Vibely for "Communities" - Mega Post With All the Details 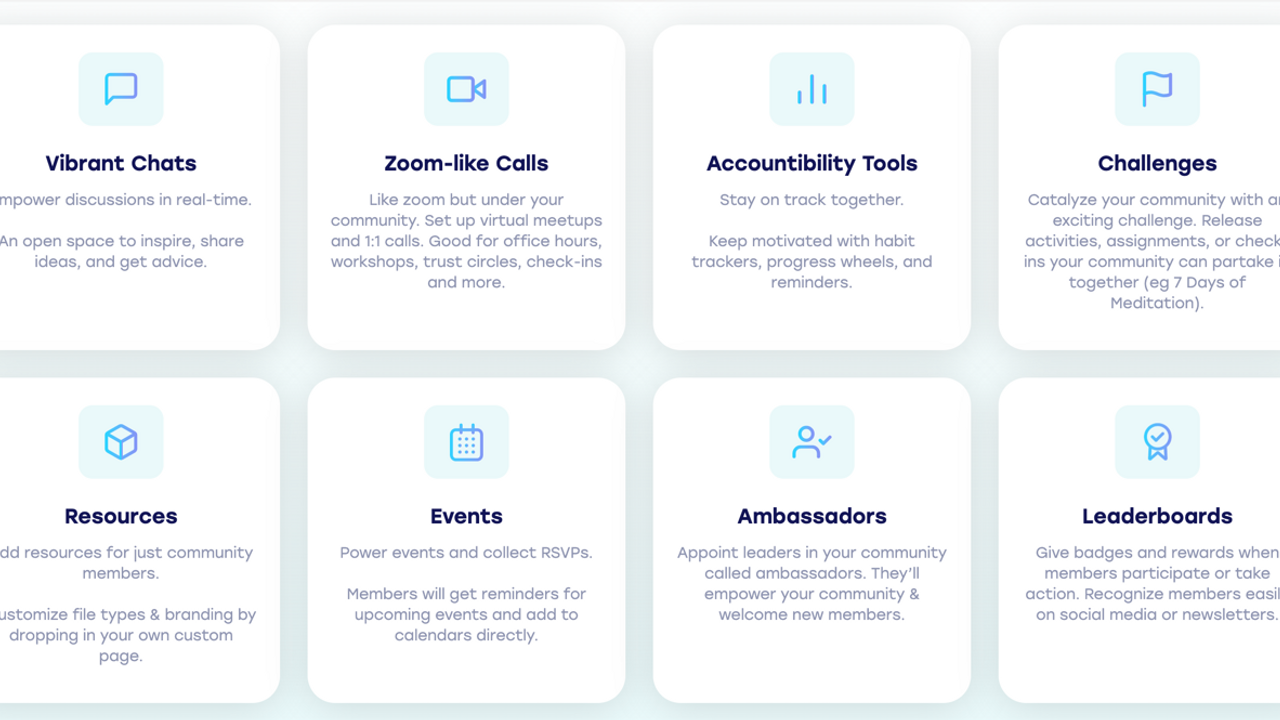 Screenshot from the current Vibely site; can we assume all of these same features will be included in Kajabi Communities?

The top all-in-one course and marketing platform has just become even more awesome! Kajabi has acquired Vibely, a community tool - which Kajabi will envelop into its platform and call "Communities".

Kajabi is known for having all the tools you need to run your online business under one roof while Vibely empowers Creators to run their own communities off of social media and with better engagement. I can't think of a more magical match!

I may receive commissions for purchases made through links on my site. Please see my full disclosure for further information.

On 11-01-22 at 8:45 am, Kajabi CEO Asad Khan shared the announcement via the Kajabi Facebook Group. Since it's a private group for Kajabi users, I can't share the post itself here.

But if you want to see everything unfold firsthand, join us! When you sign up to try Kajabi for free for 30 days, you'll be invited to the group. Mix and mingle with Kajabians as we all learn about this new "Communities" aspect of Kajabi.

An hour later, Kajabi posted this to their public Facebook Page:

📢 We have BIG NEWS. Kajabi and Vibely, a ground-breaking community platform are joining forces! 💥

What does this mean for you? Vibely will now become the foundation for a new and improved "Kajabi Communities." 🚀

Kajabi has acquired Vibely, an innovative community platform that will become the next generation of Kajabi Communities.

Later, there were similar posts to Kajabi's Instagram and Twitter, along with an email to us affiliate Partners.

In his Facebook Group post, the Kajabi CEO alluded to sending out an email to all customers but as of hitting "publish" on this post, I haven't received it. 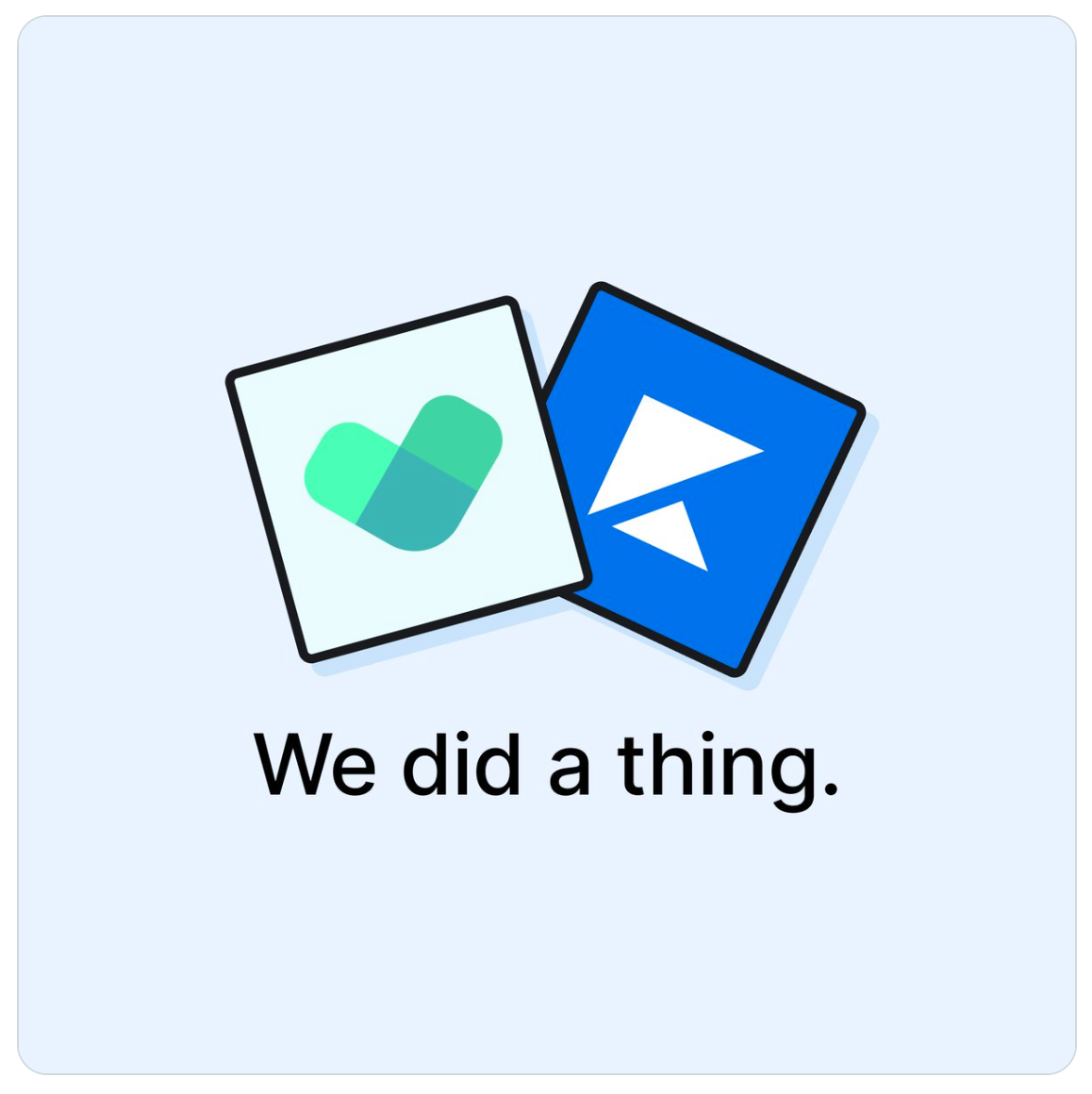 What does Kajabi's Acquisition of Vibely Mean?

According to them, "Kajabi has acquired Vibely and will integrate the Vibely community product into Kajabi as the next generation of 'Kajabi Communities.' We’re excited to make Kajabi Communities a best-in-class tool to support creators in growing their businesses."

"It means you’re about to have access to a powerful new set of community features like interactive challenges, live sessions, accountability tools, leaderboards, and more - all included in your Kajabi subscription.

You’ll be able to go beyond the tired engagement formula of 'post, reply, repeat' and build a sustainable, scalable community that your customers will be excited to take part in.

And best of all, you’ll be doing it in an experience that you control - one that is free from the distractions of social feeds."

What does all of that mean for you? Here's my hot take ...

As a Kajabi user, you know that Kajabi's current message board-slash-group function is called Community. Though it's been around for a while, it's never been more than what I call "Facebook Group Lite."

Community was released several years ago as what we thought was just a starting point - but then it was never improved. Kajabians have either ignored it, tried it and abandoned it, or used Community for the features that it did have.

I technically have a Community in Kajabi but it's been more a placeholder than anything.

That said, I doubt anyone has been truly thrilled with Community. Unfortunately, it was missing so many features that Kajabi customers felt were crucial for their own customers and clients:

With Kajabi's purchase of Vibely which will basically be repurposed as Kajabi Communities, I believe these and other missing features will be available! I think Vibely/Communities will include things most of us haven't even dreamt of yet.

Kajabi's acquisition of Vibely just gives you another reason to sign up for Kajabi 😊 I think this will be a real differentiator in the course, membership, and all-in-one platform game, cementing Kajabi's position as #1 for long into the future.

I know that having a lackluster Community feature kept potential customers from choosing Kajabi. Because the community aspect was so important to them, and they SO wanted to leave Facebook groups behind, many people ultimately chose other options.

While those options had better community aspects, they weren't as good at the courses, website, blog, sales pages, email levels. So potential Kajabi customers had to really choose A or B. Now they get both with Kajabi, yay!

Who / What Is Vibely?

Vibely is an "innovative community tool" that allows its customers to host "interactive challenges, live sessions, accountability tools, leaderboards, and more — all designed to make it easier to foster an authentic, engaged community.

When Do Kajabi Users Get Access to Vibely aka Communities?

Alpha group - has been testing since September 2022

Formal release of Communities to ALL Kajabi customers - January 2023

Pssst! I have a little trick if you want to try this hot new feature before others* may get to. Add "Kajabi Access" to your plan as an existing or new customer. Kajabi founders and Access customers in the US/Canada are being slowly given "access" to the new community feature now vs. having to wait til January. Not a member yet? Sign up for Kajabi + Access here.

*I can't guarantee you'll be given beta Communities immediately because I now hear that, even Founders and those with Access are having it rolled out, not all at once. So it's not a gimme. But if you'd find Access helpful anyway, you may get lucky! Also note that, as of now, it's only rolling out in the US and Canada regardless of your standing.

Where Can We Learn More About Vibely / Communities?

Don't know if it's just me but I'm SUPER curious about Vibely. Who are the founders? What does it do? Who are some of the power users? How long has it been around? Curious minds want to know!

So I've been researching the company today and have gathered some info and links for ya'!

Vibely's co-founders are Teri Yu and Theresa Lee, two former employees of Asana. The overall look and feel of the Asana and Vibely brands are similar, not surprisingly. 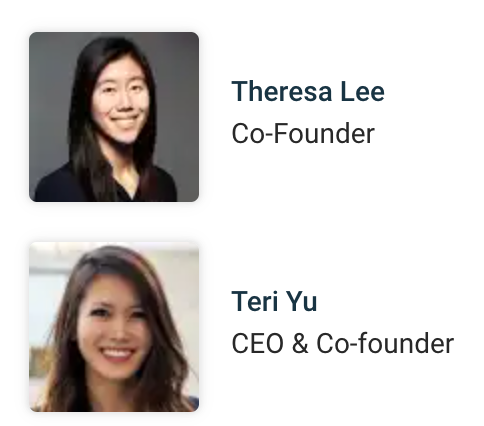 Back in 2020, they wanted to create an alternative to Discord - "built by women, not gamer dudes." The original concept was to allow Creators to make a challenge for their fans, monetize it for their benefit, and not be dependent upon social platforms. Instead of creating for the algorithm, they can create for their fans.

They way they described it in various articles I read reminded me of the "1000 True Fans" concept that I referred to in another post. Basically, you can make a $100K/year living as a Creator if you have 1000 true fans, defined as fans who will buy one thing per year from you for $100. (I wonder if Teri and Theresa are fans of the essay and concept?)

Other goals were to be a positive and supportive place, and a judgement-free zone, with approved Ambassadors acting as moderators to keep things on track.

In February of 2021, Vibely announced $2 million in seed financing from impressive folks such as the co-founders of Meetup and YouTube, along with the co-founder of Asana and co-creator of Netflix’s “Social Dilemma” documentary. (If you haven't watched it yet, DO! It'll make perfect sense in this context).

Vibely Power Users - just cruising around the site, these folks seem to be some of the most popular:

Rowena Tsai @Productive Potatoes
Aileen Xu @Lavendaire
Matt Steffanina @DNCR Academy ... 12 million! I mean, he and his dancer wife did win The Amazing Race ... but wow! it seems the sky is the limit here. Lots of free communities, lots of paid ones as well.

Look at the numbers all these leaders are pulling in - WOW! That's a positive sign ➕

Under "Vibe Check - Our Commitment to Positivity" - I'm SO excited about this!! 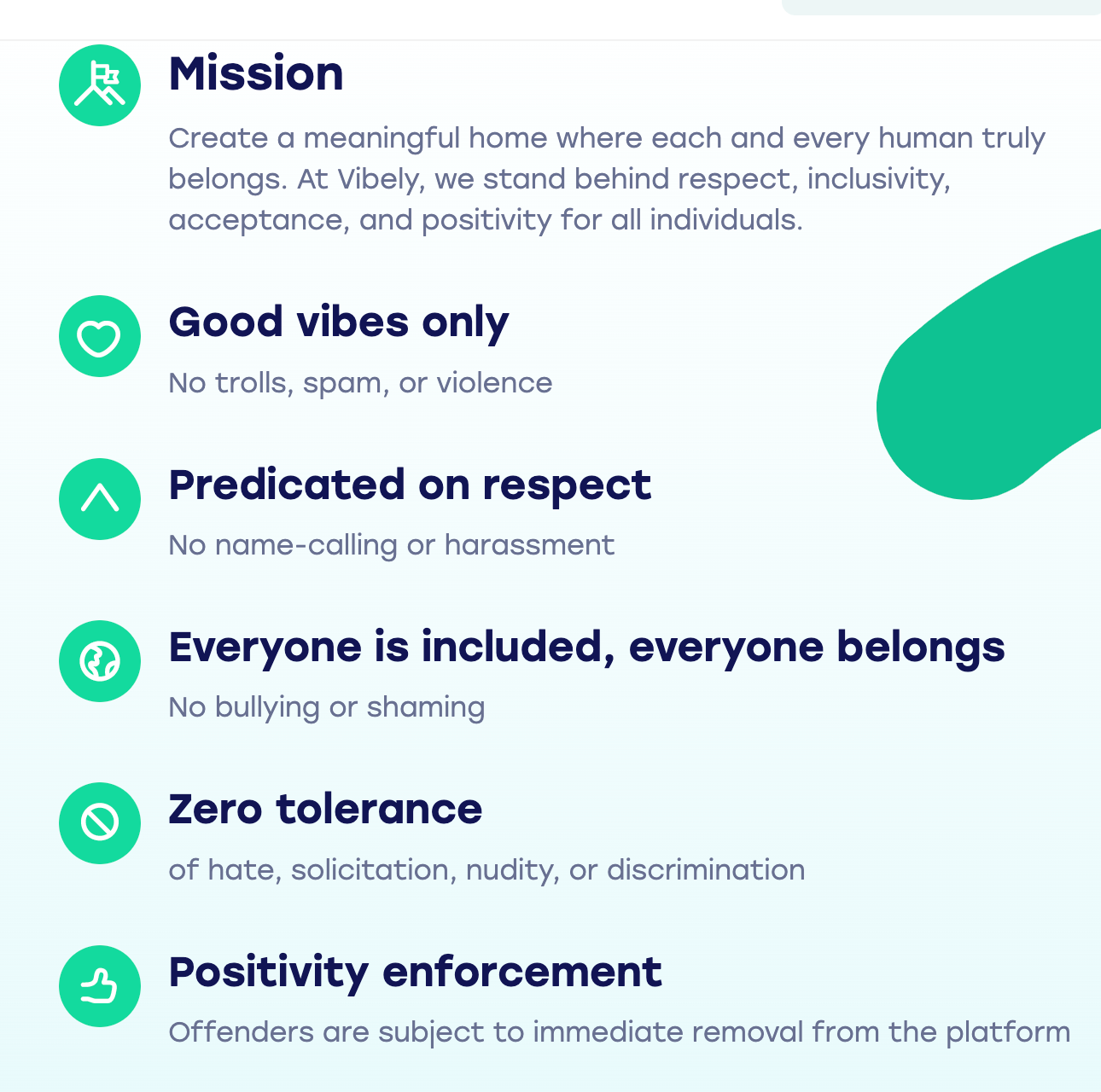 Noted: They have 12 five-star reviews on Product Hunt ⭐️⭐️⭐️⭐️⭐️

Why Is Communities So Important to Kajabi?

At the start of this post, I talked about Kajabi's original attempt at Community and how it overall didn't end up serving them very well. And since one of Kajab's mottos is "Your success is our success," I'm sure they haven't felt good about it for a long time.

A "Community 2.0" has been requested probably thousands of times at this point by their customers. So meeting their customers' stated needs is one reason this acquisition of Vibely / Communities is so important to Kajabi.

Kajabi President Sean Solme Kim talks about it - a Creator's need for community - at the Web Summit 2022 in Lisbon, Portugal this week.

I think Community originally did function with the Kajabi app. But then something changed with Apple and some of the app's functions ceased to work ... a real bummer. So I think one really important thing to Kajabi is that Vibely's Apple app DOES work (though I hear it can be a tiny bit glitchy at times; I'm sure they'll work on that).

Note: I'm not speaking for Kajabi; I'm just assuming, based on being very tuned-in to the Kajabi user community myself. 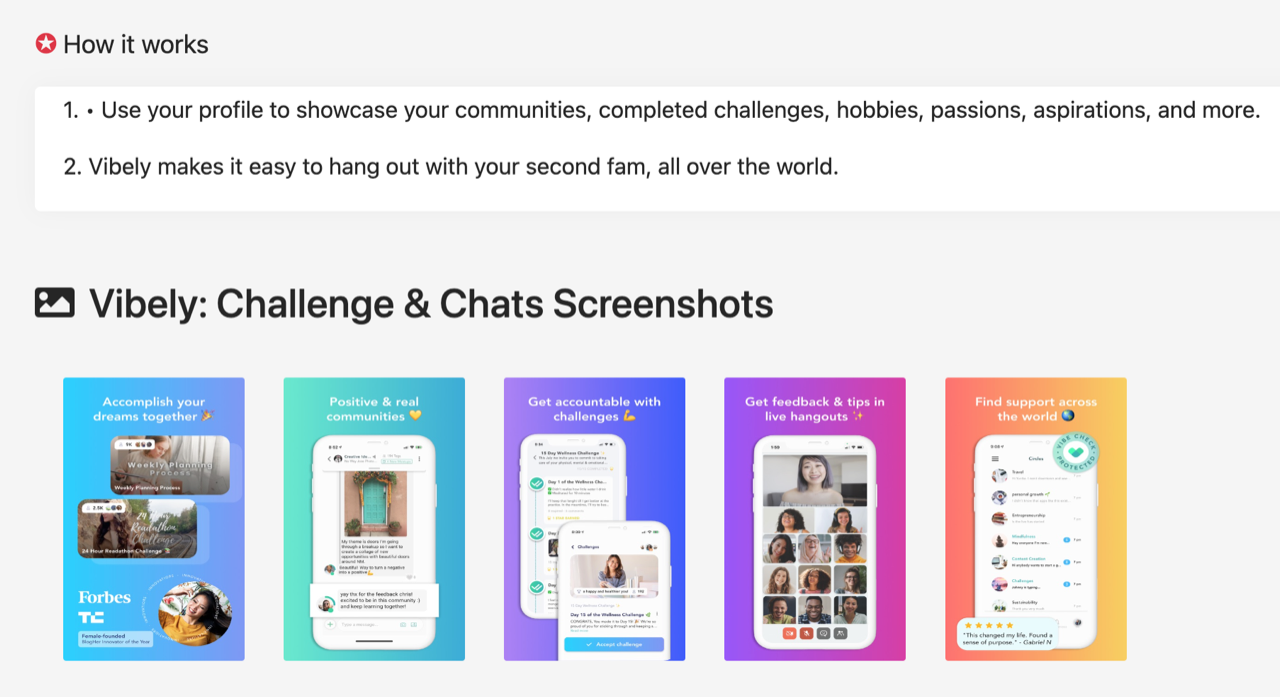 I'm a current customer of Vibely - what do I do?

All of the instructions and an FAQ are here.

There you go. I did my best to give you a bunch of background on Kajabi's acquisition of Vibely and how they plan to utilize it with their new "Communities" feature!

I'm sure you have questions I didn't answer so I'm inviting you to this:

Come get a sneak peek inside the new Kajabi Communities! It's live in the Kajabi Facebook group on 11-08-22 at 11am Pacific Time. If you can't make it, there will be a replay.

Again, the only caveat is that it's in the Kajabi private Facebook group*. If you're not already in there, the only way to get in is to sign up for Kajabi. Here's my 30-day free trial link. Hope to see you on the inside!

*Most members will tell you that the Kajabi FB group is their favorite place to hang out online, full of helpful, supportive, and knowledgeable entrepreneurs giving the level of advice you'd normally pay a mastermind or personal coach for. Just sayin'.

Want to try Kajabi for free? Click HERE for my special link that gets you 30 days!

Stay connected with news and updates!

Join the mailing list to receive the latest Kajabi and marketing news plus updates from the blog, right to your inbox 💌. 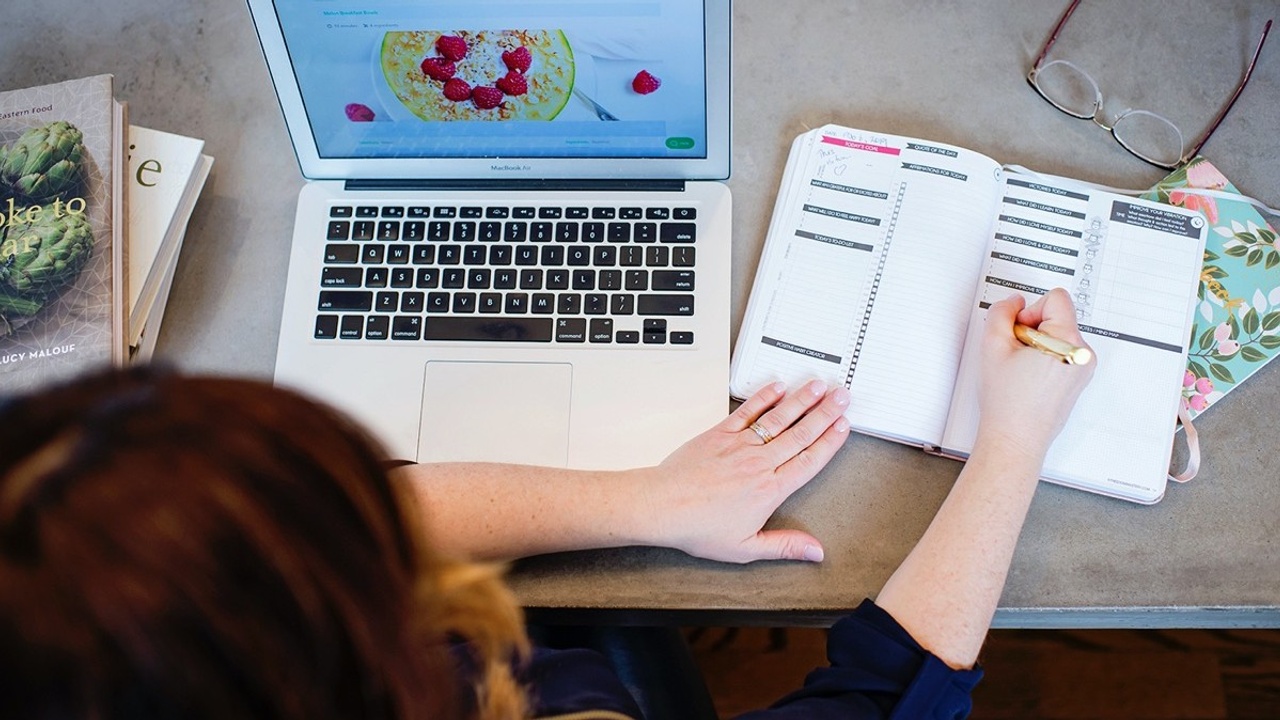 Set up your Kajabi blog for success so you bring qualified leads to your offers and stop spending money on ads (6) self-paced modules Bonuses to enhance learning and success One-time payment Private Facebook Group for 1:1 interaction with instructor Taught by a Kajabi expert / former Kajabi VA / former Kajabi Ambassador

Tired of paying for ads for your course and getting little traction? Learn how to maximize your Kajabi blog & get QUALIFIED* free traffic to your offers instead! *They're already interested in what you're selling ;)

Subscribers to the ErikaFriday.com newsletter will be in the know about new blog posts, product offers, how-to's, and specials.